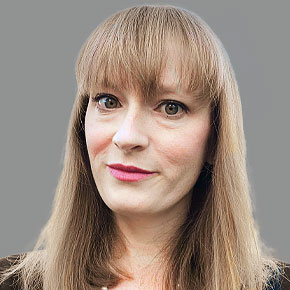 Christine E. Breen attended Vermont Law School, where she received her masters in 2008 and her law degree in 2011. Christine practices employment law as well as commercial and civil litigation.

Christine co-authored an article for the 2019 June/July issue of Trial Talk discussing the various laws in Colorado that extend rights and protections to Colorado’s work-force. Christine has also lectured to the Colorado Trial Lawyers Association and the Colorado Plaintiff Employment Lawyers Association on Colorado employment laws and nuances that exist in practice. In 2018, Christine trained the Colorado Legislators, their aids and interns, as well as Capitol staff on sexual harassment in the workplace and appropriate workplace behavior.

When not in the office, Christine advocates for increased protections for women, families, and workers at the Colorado State Capitol. Christine serves on the Board for the Women’s Lobby of Colorado and is the organization’s treasurer. Christine Chairs the Legislative Committee for the Colorado Plaintiff Employment Lawyers Association (PELA). Christine also serves on the Board for PELA. She has testified on numerous bills and worked with coalition members and stakeholders to advance legislation important for improving the lives and protections for Colorado residents.

Christine enjoys taking advantage of the great natural resources Colorado provides for activities such as rock climbing, skiing, and hiking, as well as playing with her dog Sasha.