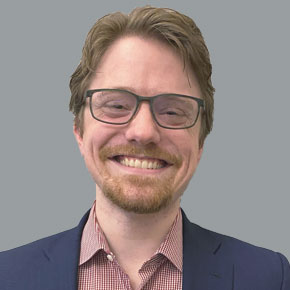 Joshua Ott is an attorney specializing in international transactions for our clients. Though originally from the Denver area, Joshua spent the early part of his career as a tax lawyer in New York City at Ernst & Young. He primarily worked for large multinational companies, advising them on tax matters about their mergers, acquisitions, and structuring considerations around the globe from a US perspective. He brings key insights to the team about how companies navigate the complex laws around the world in the most efficient way possible. Joshua also clerked at the Southern District of Illinois United States District Court and was an intern in the IRS Office of Chief Counsel.

Joshua received his BA in music from the University of Denver where he majored in harp performance. He then pursued a law degree at Washington University in St. Louis where he was on the Dean’s List, competed in the Wiley Rutlidge Moot Court, and received the CALI Award for Mediation. After this, realizing his interest in tax planning, he pursued an LL.M. in Tax at New York University.

Now at Howard O. Bernstein, P.C., Joshua has expanded his practice to include business law, business startups, contracts, corporate, partnership and individual taxation, international tax, international transactions, mergers and acquisitions, and shareholder agreements. Joshua is a licensed attorney at the New York and New Jersey bars, is currently pursuing his license in Colorado, and is an active member in the American Bar Association’s section of tax law.

In his spare time, Joshua remains an avid harp player and supporter of fine arts.